Scaring children is yet another way of dispiriting Palestinians 13 October 2004 | Aljazeera If Americans appreciated the scale of human-rights abuses committed by Israeli colonists in the occupied territories, they would condemn the journalists who keep them in the dark, a US peace activist says. Kim Lamberty, a member of the Christian Peacemakers Teams (CPT), has told Aljazeera.net on Tuesday that a cruel and criminal practice is largely going unreported: settlers are routinely attacking children on their way to school. And Lamberty should know. Unable to walk since a vicious attack on 29 September by Jewish colonists, she says physical […]

[ Unfortunately, these stories are all too common; and equally unfortunately, they are not carried by major U.S. media. This “blackout” aids both Bush and Kerry, neither of whom intend to meaningfully address this problem. –BL ] 14 October 2004 | Islam-online.net “Meanwhile, the Israeli army said it suspended an officer under investigation for firing at the dead body of 13-year-old girl, who was riddled with 20 bullets …” GAZA CITY – A 10-year-old Palestinian schoolgirl died Wednesday, October 13, of her wounds after Israeli occupation troops shot her in the chest while sitting inside a United Nations school in a […]

13 October 2004 | Los Angeles Times by Steven J. Ross One of the marks of authoritarian regimes is their effort to stop the spread of knowledge and free speech. In May 1933, Nazi sympathizers in Berlin burned 20,000 “degenerate” books, many of them written by Jews and anti-fascists such as Albert Einstein, Bertolt Brecht and Franz Kafka. Here at home, slaveholders were so frightened by the power of the word that throughout the antebellum South legislatures made it a crime to teach slaves to read and write. Now, Lynne Cheney, Vice President Dick Cheney’s wife and the former head […]

[ There is an alternate source of the video clip of what Bush actually said in 2002, but denied saying at last night’s “debate.” –BL ] October 14, 2004 | Misleader.org At last night’s debate President Bush claimed that, contrary to Sen. John Kerry’s assertion, he never said he was “not that concerned” about Osama Bin Laden. Bush chastised Kerry saying, “Gosh, I don’t think I ever said I’m not worried about Osama bin Laden. That’s kind of one of those exaggerations.”1 Bush was completely wrong. At March 13, 2002 press conference, Bush said “So I don’t know where he [Osama […] 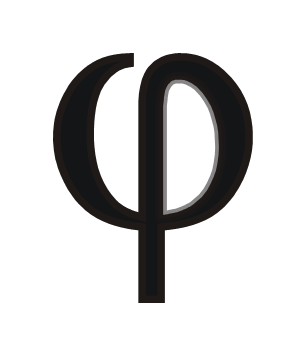 [ For more on the Prisoner’s Dilemma, visit Serge Helfrich’s page. Thanks to Jared Childers for forwarding the article. –BL ] Oct. 13, 2004 | Wired by Wendy M. Grossman Proving that a new approach can secure victory in a classic strategy game, a team from England’s Southampton University has won the 20th-anniversary Iterated Prisoner’s Dilemma competition, toppling the long-term winner from its throne. The Southampton group, whose primary research area is software agents, said its strategy involved a series of moves allowing players to recognize each other and act cooperatively.